The »Fan Rotation & AMI« OpenFOAM case was created first during the year 2013 and 2014 (see the playlist from 2014 on YouTube) but never published to the community. However, as an OpenFOAM user was looking for that training case in June 2020, Tobias decided to re-invent the case for the OpenFOAM community. The changes that were done are really interesting for everybody who wants to deal with more functionalities of OpenFOAM. The case therefore handles dynamic meshes in combination with the arbitrary mesh interface (AMI) condition and uses different features of OpenFOAM such as the on-the-fly construction of a passive scalar equation and the »Function1« possibility in the dynamic mesh set-up.

The Function1 class in OpenFOAM is extremly useful and powerful

The training case handles a rotating fan that is placed inside a straight pipe. The fan speed is linearly increased within the first three seconds up to a frequency of 10 Hz which is equal to 600 rpm's. For this purpose, the »Function1« feature of OpenFOAM was used within the »dynamicDict« file. The simulation is based on an incompressible assumption and thus, no energy equation is solved. However, in order to »visualize« the temperature, a passive scalar transport is added to the solver on-the-fly. This field (named T in the case) could be further used in a source/sink term of the momentum to, e.g., model a gravitational force. The boundary conditions were set in a way that a real scenario is modeled. Hence, the created pressure drop of the fan sucks in the air from the inlet and pushes it to the outlet. 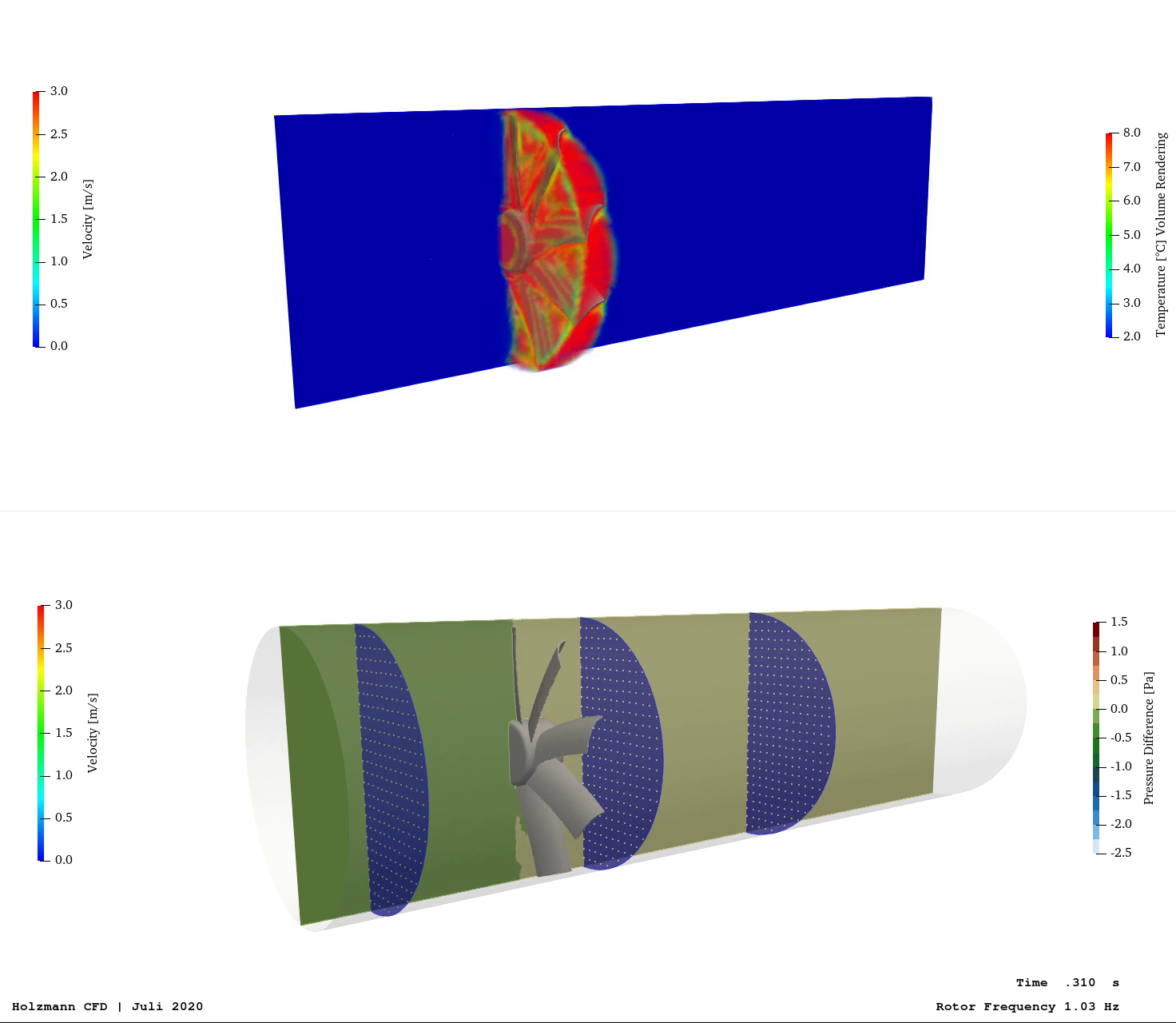 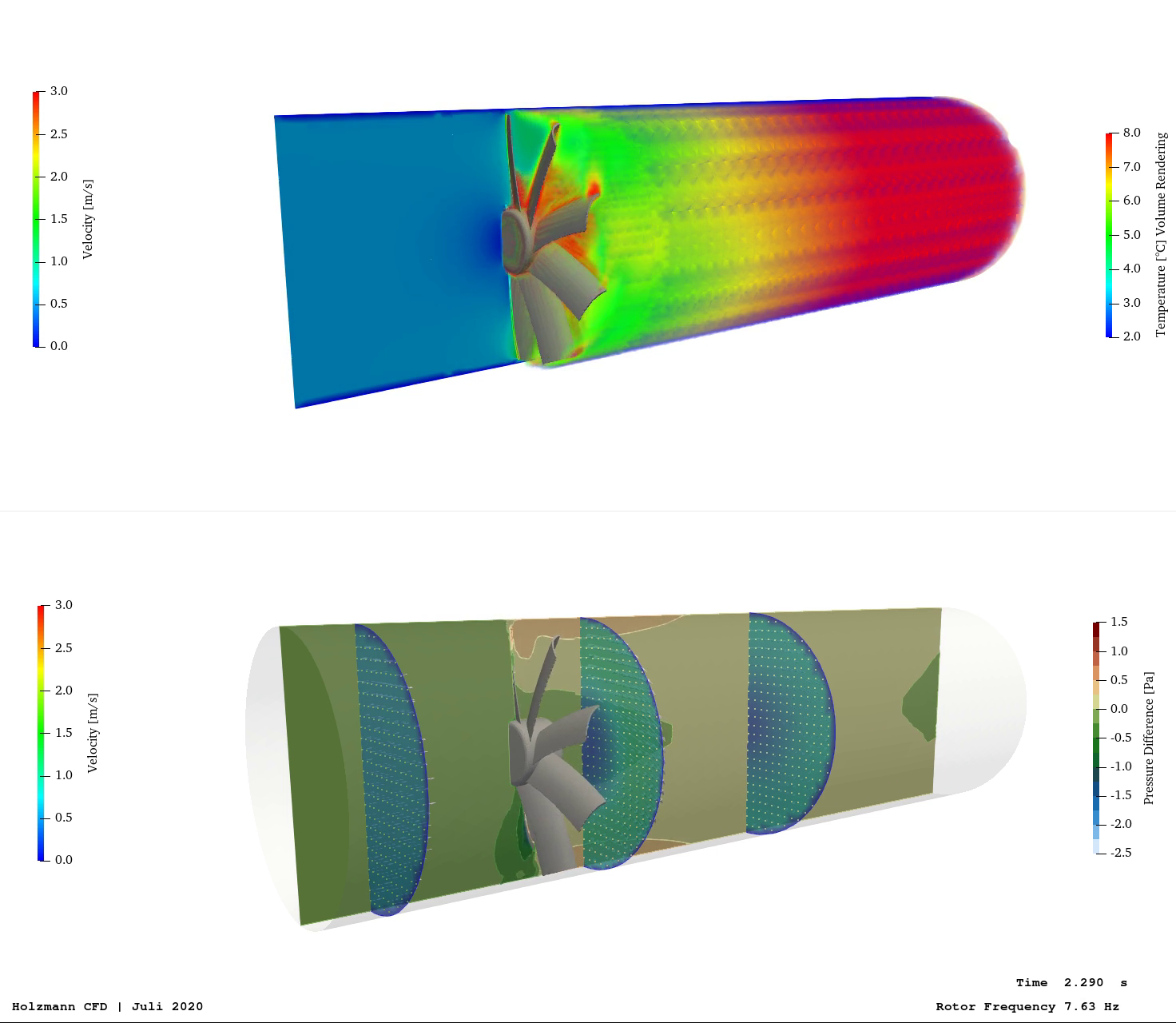 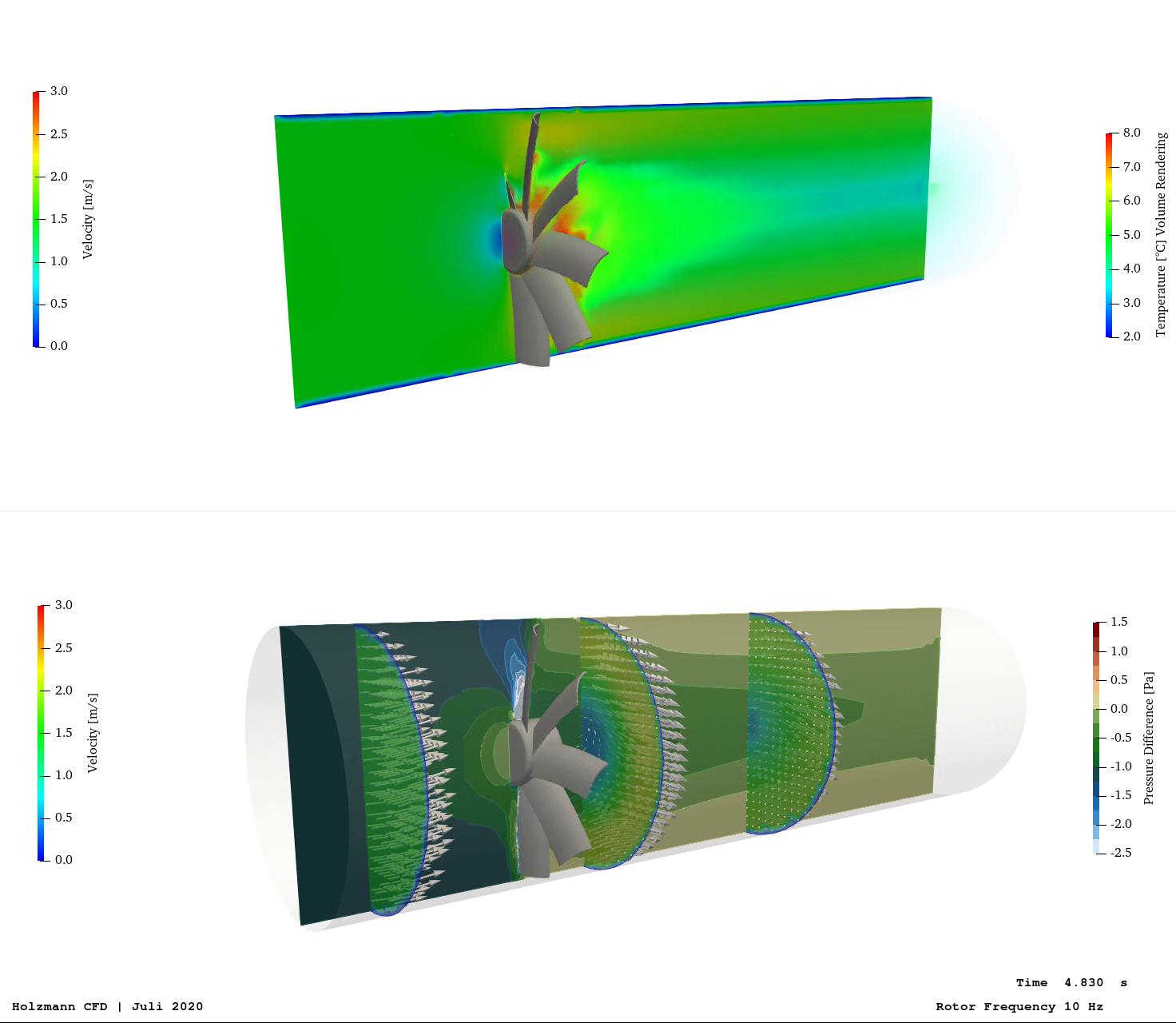