Based on the virus that appears in 2019 in Wuhan and the followed up world crisis, many simulations regarding sneezing and coughing popped out at several social platforms such as LinkedIn, Twitter, or YouTube. This inspired Tobias Holzmann to investigate more into the Lagrangian solvers. The outcome was a sneezing simulation based on the DPMFoam.

Particle distribution is based on a publication. The sneezing velocity was assumed on some articles

The particle distribution was taken from Han et al. (Characterizations of the particle size distribution of the droplets exhaled by a sneeze). The bimodal data set of 20E was used. The given logarithmic equations were used to generate distribution data. These data were exported to OpenFOAM®; set into the kinetmaticCloudProperties. The distribution type in use is »general« while providing the data given in the plot below. 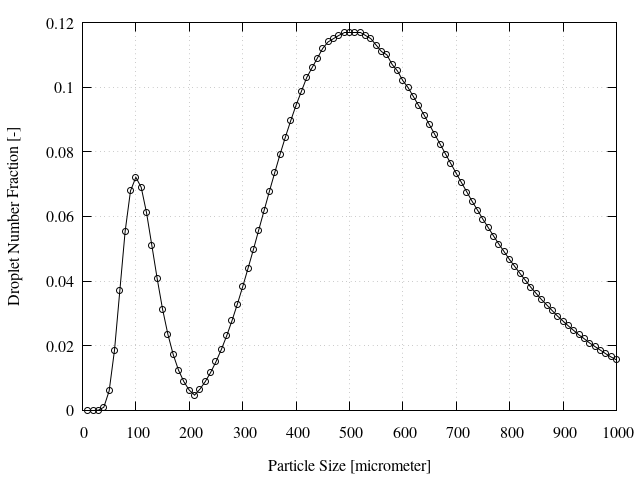 To get a more realistic investigation, the velocity profile was further manipulated. Arbitrary fluctuations were added to the different parts of the velocity vector while keeping the magnitude of the velocity conserved. For this purpose, the codedFixedValue boundary condition was used. The analysis of the video shows the bimodal size distribution as the smaller droplets stay longer at the same place and fall down much slower compared to the larger droplets. Different discussions were performed regarding missing models such as a »break-up« model. However, as the size distribution already incorporates (maybe partially) the break-up of the droplets, the analysis might go into the correct direction.. 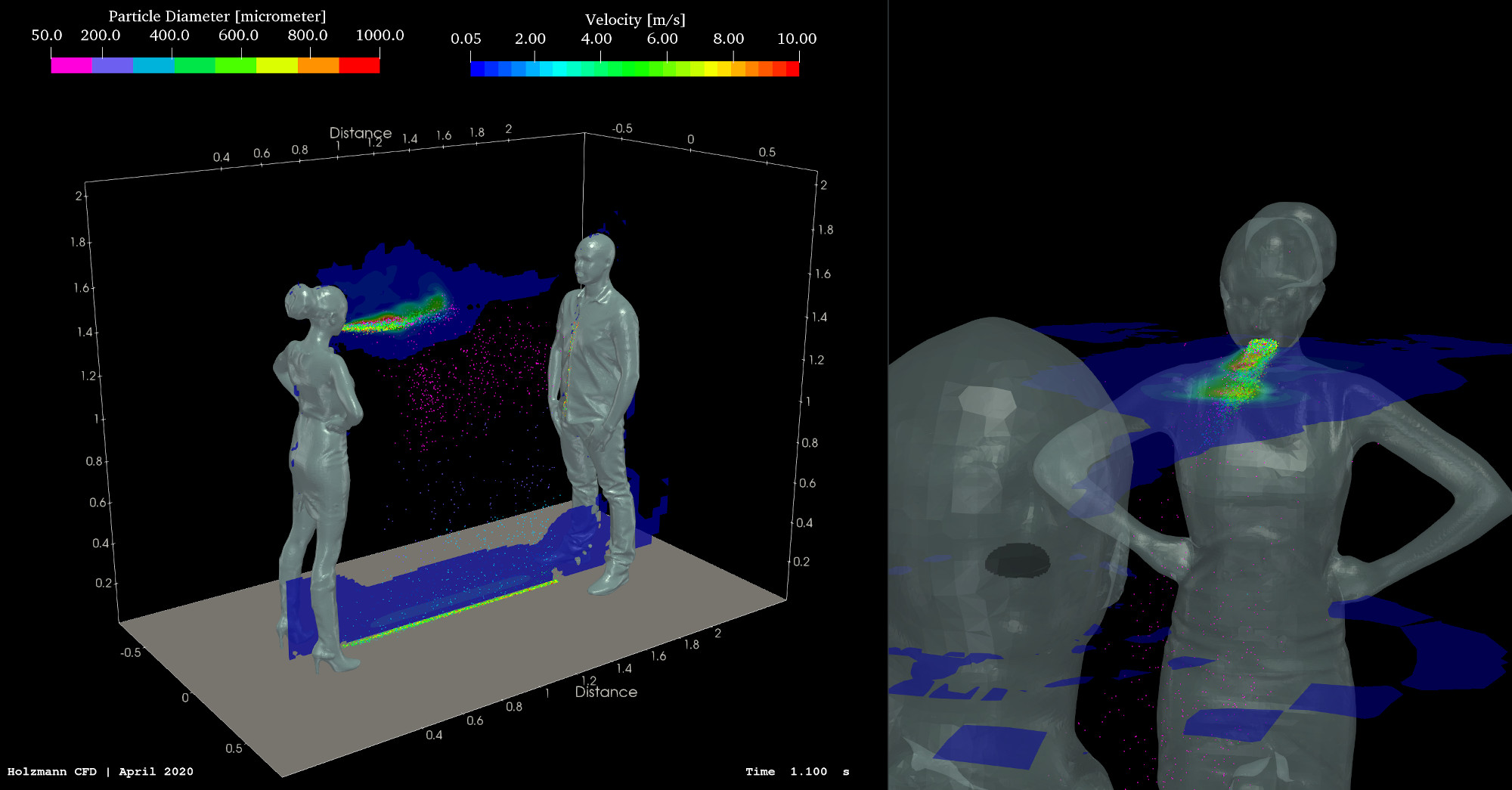 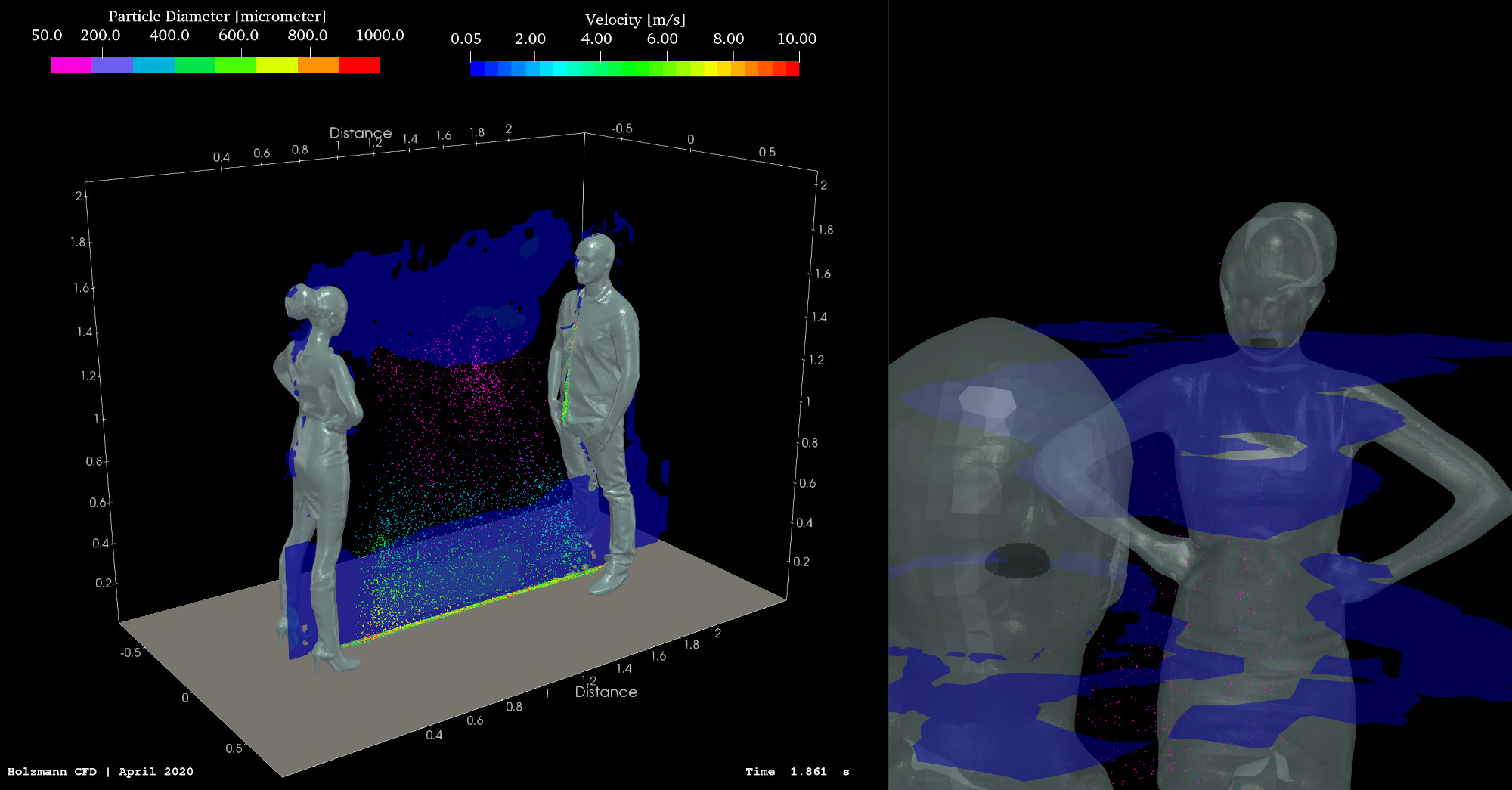 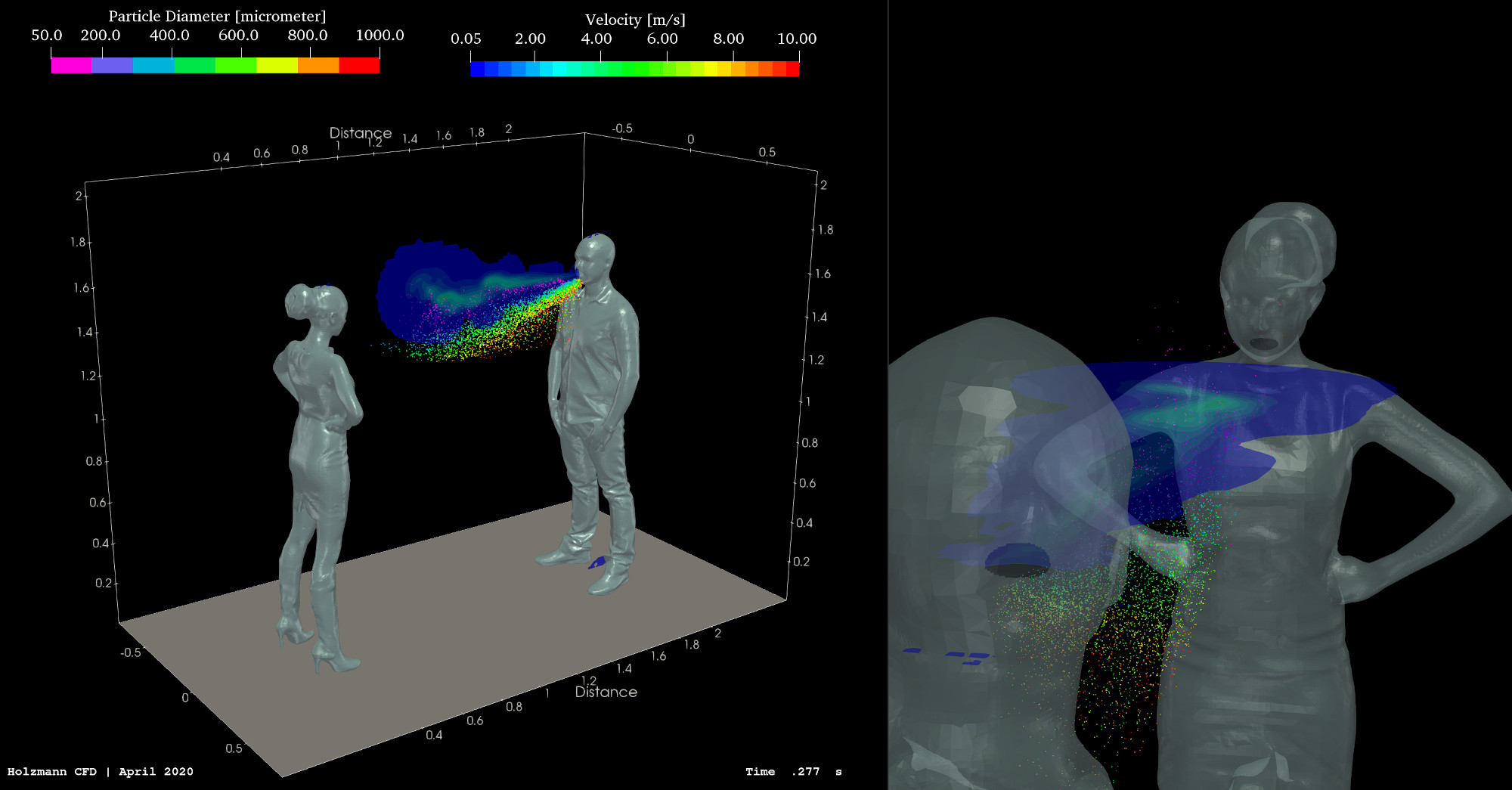