» Since version 8, the training case was improved in terms of boundary conditions.

Pure free convection analyses are critical to perform by using OpenFOAM®. The keyword for such problems is to start with »transient« algorithms. Most people do make a mistake to begin analyzing such problems using steady-state solvers. However, steady-state solvers cannot handle such investigations out of the box as the boundary conditions are commonly set for multiple solutions. While starting with transient methods, one pushes the numerical solution in the correct direction. The time-step is the limiting factor that we do have to take into account. While steady-state solvers are non-consistent in time and, e.g., the SIMPLE algorithm in pressure too, the solution goes commonly in the wrong direction. Tobias investigated into a simple free-convection case during his Ph.D. time more than three days for an OpenFOAM® user. The outcome was that it is not possible to use steady-state solvers if one does not want to set the relaxation factors to values such as 0.0001. Everybody aware of numerics knows that such costs are mostly related to wrong set-ups or algorithms that are not suited for such cases

Free-convection scenarios are not suited for steady-state algorithms

The training case models a solar chimney (arbitrary dimensions). The flow field is established based on the buoyancy force, while no additional effects, such as forced convection, are applied. The solar panels are modeled using fixed temperature boundary conditions. An extended boundary condition could be implemented but does not influence the buoyancy set-up. After the mesh generation (including the layer generation), a decomposition follows. The solver is operating in PIMPLE mode as a steady-state algorithm cannot handle such a problem; sure, after a direction of the solution is found, one can switch to a steady-state solver to speed-up the convergence. The training case also includes the advanced ParaView® and extraordinary Blender® states. 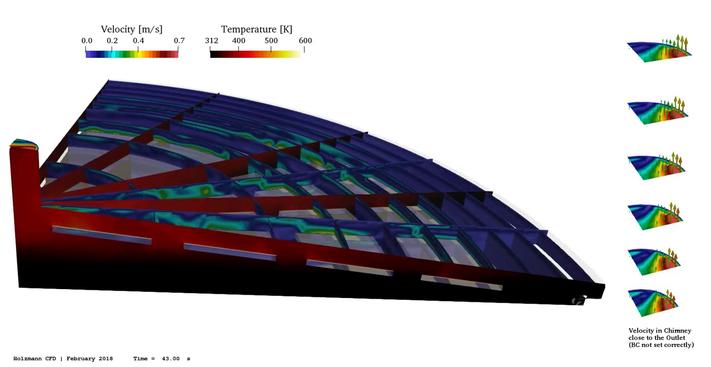 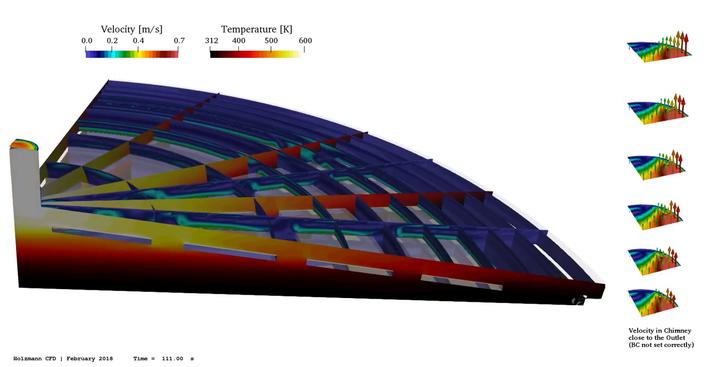 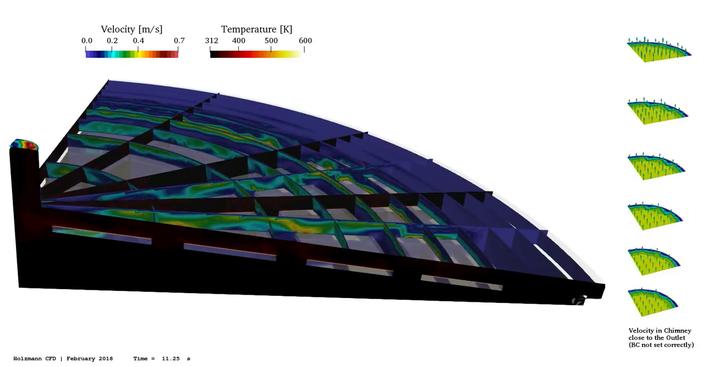